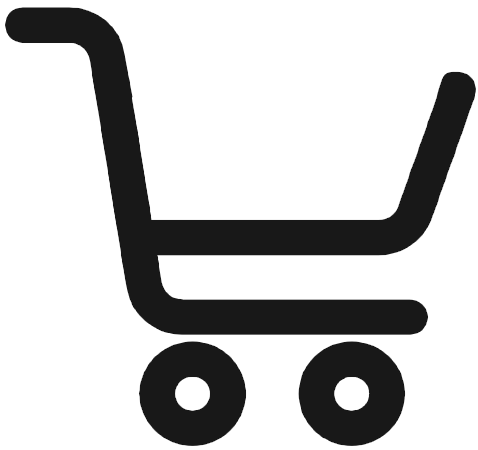 The first and very basic question that may come in our mind is - What is a film camera? - Simply, Camera that uses film and -not magnetic tape / digital sensor as a medium to record an image or photo. We know that most of the cameras are being used nowadays are digital which means the camera system has sensor that records images/photos on to a digital storage device such as a flash drive. Whereas, Film require film to capture an image and do not have sensor. The very first thing to be aware of is that film is responsive to light. In film cameras a shutter is released. The extra sensitive the film the faster the shutter which allows a briefer instant of exposure. A picture or image shot with a film-camera needs the film to be exposed and then developed at any photo laboratory in order to see the captured picture. Now question comes that why one should go for a Film camera?? What advantages does a film camera hold??- The advantage of film camera is that you will get superior resolution, superior dynamic range, random ness in pixels and a variable response to highlight and shadow which more directly be like what the eyes and brain does than a digital sensors. With all of that reasons it makes film give enhanced results. Moreover, there are reward of slowing down and choosing your pictures/images. In a weekend of shooting digitally a person may run to capture one thousand shots, but generally one would delete most of the pictures. And finally landed up to get five or ten good shots. With film cameras, you go out with one roll of thirty six bank films and come home with five or six excellent shots. So, off course It is the same in a way but in reality the higher your success percentages are the more you learn. But there are much more well again advantages of film cameras. If one is shooting in colour transparencies, in view of the fact that the processing is firmly fixed and someone else does it and the only controls are you. The expertise level is strong in colour slide film. The technology comes with the film camera transparencies is extremely superior and advanced and the results are startling in sensitive content. Well, In order to obtain a shot in transparencies, either you made a ideal exposure or you blow the shot. No fixing it in post at all... simply, in black & white the knowledge level is just as deep, the film developer and exposure combination translates into a paper choice print expression that takes a vast skill point. In addition, when one get into medium and large format the sheer resolution and informational expression is greater than anything in digital. It has one other thing that is free in film camera and is that middle tone contrast. In digital-cameras only who shoot in raw and actually be acquainted with how to process for middle tone contrast can alike what film gives us for free. There is also a technical benefit in one very esoteric use. In architectural work- viewpoint manage is a tricky difficulty to solve. The most adaptable tool in solving the difficulty is in dedicated perspective control cameras. What one can do in film camera? - as of its analogue nature is impossible in digital. No requirement of tilt or shift lenses or technical cameras in digital coupled with post processing perspective control applications equals what you can do with a film camera. It is just not the same at all. But that is really appealing esoteric.

Let’s have a look some of the more advantages of a Film camera. 1- If we talk about a film camera- It is always on and to let you go. In film cameras, there is no requiring using batteries. Just cock the shutter and you are all set to take your favourite pictures. Certainly, assuming you use manual film cameras. This will not at all apply to digital film cameras. 2- For Film camera, there is no requiring upgrading every time. Digital camera users are over and over again require to upgrade their cameras, for the reason that of to improve auto focus and to improve dynamic range etc. What with the film cameras? Well, needless. Therefore, you can save your pocket. 3- If you want to go beyond full frame?, Medium format or large format, possibly? Film is noticeably inexpensive.

How do you buy best Film camera in Singapore? - Before buying the film camera, Ask yourself what you really require. Secondly, how much budget you have. With these two in your mind, select the film cameras available on electronicscrazy.sg . The amount of money that you want to spend on any film Camera has a straight connection to its functionality. Electronicscrazy.sg offers different types Film Camera. If you’d wish to hunt down the proper Film Camera than please follow this link -

We provide world-class Film Cameras to our clients. ElectronicsCrazy.sg is a very reliable online store in Singapore for Film Camera. Our online store carries very wide selection of Film camera.

Whether you'd wish to buy for Film Camera or you look to buy the some electronics items and its accessories, you'll catch on all at our portal. You’ll be pleasantly surprised and utterly impressed with the impeccable quality of services that we offer on our portal. If you’re looking to buy for a Film Camera or some other electronics items, then come get in-touch with us. Contact us online or call us at 8656-1744.

Are you looking for Same Day delivery for your branded Film Cameras?

We understand and care about your urgent requirement for Film Cameras Delivery. You order and we deliver in 3 hrs using our eCrazy 3 hrs urgent delivery. Also, we provide eCrazy same day delivery in just S$3.99, eCrazy standard delivery in just S$1.49. You can get your Film Cameras through our renowned delivery partners like Ninja van delivery, SingaPost Registered delivery for only and SingPost Local Ordinary Mail. In fact, you can get laptops using Self-Pick Up for FREE. ElectronicsCrazy, also provides Cash on Delivery (COD) and Pay on delivery(POD) option and This service is provided to customers by our delivery partners like Ninja Van and J&T Express. You can also schedule your delivery as per your convenient time and day.

We deliver on time 7 days a week; 365 days a year, including holidays. ElectronicsCrazy for all Film Cameras Delivery in Singapore.